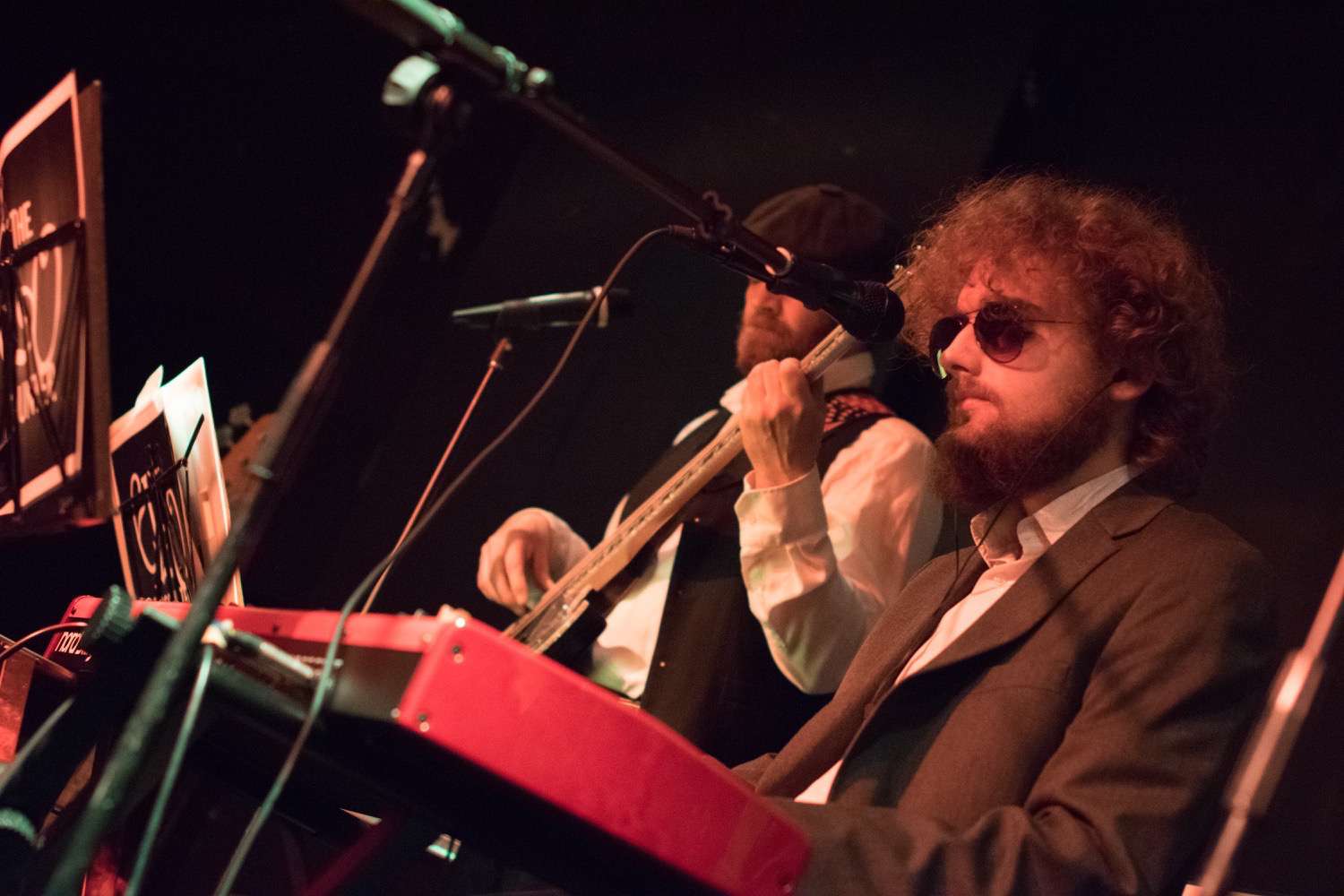 Light Years Ahead Of The Others

Not to be confused with a greeting exchanged between two old friends from Yorkshire in a chance meeting, The ELO Encounter played to a large, partisan Brummie crowd at the city’s Road House on Saturday as part of their ‘Blue Sky’ tour. Jack Rownes (vocals and keyboards), Martin Donald (guitar and vocals), Simon Rownes (bass and vocals), Simon Dove (drums), Jasmine Ali (violin and vocals) and the boy-wonder Max Rownes (additional keys and vocals) provided a worthy imitation of Jeff Lynne’s AOR behemoths.

Opener ‘10538 Overture’, famously sampled by Paul Weller’s ‘Changing Man’ in 1995, reassured the audience that they were in for a night of ELO and not Chas and Dave given the attire of Jack and Simon Rownes (see the photos for confirmation). This was swiftly followed by a song dedicated to all mother-in-laws, ‘Evil Woman’ and, somewhat unexpectedly, the electro-pop of ‘Twilight’ from 1981’s ‘Time’.

The hits kept coming as a perhaps premature ‘Mr Blue Sky’ was followed by ‘Rock ‘n’ Roll Is King’ which had the dancers in the crowd gyrating to the riff-laden classic. The pace slowed for ‘Strange Magic’ and it was at this point that one of the jivers spotted my notebook and tried to press-gang me into writing a positive review!

There was nothing to worry about on that score though as the relatively minor hit ‘Here Is The News’, a double A-side with ‘Ticket To The Moon’, was followed by a triumphant ‘Turn To Stone’ which had the Lynnealike perms in the crowd nodding in approval.

The song for not so young lovers, ‘Telephone Line’, saw some serious smooching and was followed by a particular highlight of the evening, ‘Xanadu’ which saw violinist Jasmine Ali take the mic with her sweet vocals doing justice to the Olivia Newton-John sung classic.

Ali’s violin skills were a highlight of ‘Showdown’ too, ‘Confusion’ showcased the quality of backing vocals in the band (as well as the sound effects at their disposal) and ‘Don’t Bring Me Down’ brought the first set to a tumultuous close.

The second half began with a rocking ‘Hold On Tight’ and the mood continued with the Chuck Berry cover ‘Roll Over Beethoven’ complete with orchestral augmentation.

The band favourite, ‘Sweet Talkin’ Woman’ was followed by ‘Livin’ Thing’ which really showed how close Jack Rownes gets to the inimitable Lynne’s vocals.

‘Face The Music’s’ ‘Nightrider’ was one for the die-hards but ‘Ma Ma Ma Belle’ soon picked up the pace again and Simon Rownes did an impressive job on the falsetto journey that is ‘Rockaria’.

A cover of Jerry Lee-Lewis’s ‘Great Balls Of Fire’ had the jivers out in force once more and ‘The Diary Of Horace Wimp’ and a medley of ‘All Over The World’, ‘Last Train To London’ from 1979’s disco-inspired ‘Discovery’ and ‘Shine A Little Love’ brought the show to a ‘close’.

There was just time for a reprise of the first half’s ‘Mr Blue Sky’ which, perhaps, suggested it had been slated too high in the order, but this mattered little to the home crowd. True, an ELO tribute in Birmingham has all the cards stacked in their favour, but the vocals, musicianship and harmonies on show from this talented bunch put them on a different level to the theatre-circuit tributes to Lynne et al doing the rounds today.