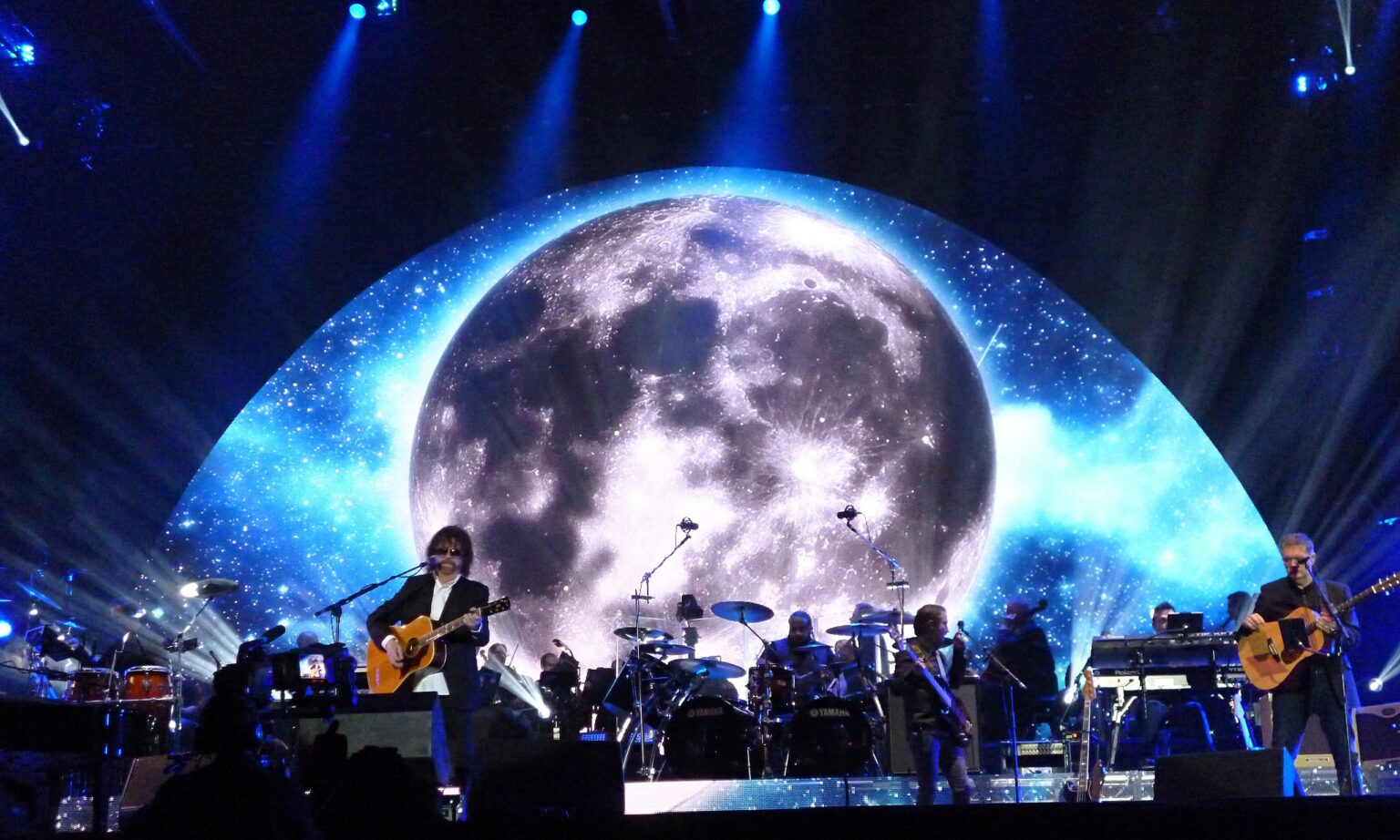 Electric Light Orchestra fans rejoiced in September 2014 when Jeff Lynne took the stage at BBC Radio 2’s “Festival in a Day” event. As the sun set over London’s Hyde Park, Lynne treated fans to a show packed with ELO hits, accompanied by the BBC Concert Orchestra.

What resulted was an almost flawless performance, thus the new DVD and Blu-ray Jeff Lynne’s ELO Live in Hyde Park is a must-own for any ELO and Lynne enthusiast.

Joined by original ELO member Richard Tandy, Jeff Lynne immediately captures the 50,000 crowd with an enthusiastic rendition of “All Over the World.” The inclusion of the Xanadu track shows Lynne has finally made peace with the songs he contributed to the 1980 movie bomb. While critics may have torn the film apart, the soundtrack has lived on as a pristine example of 1980s pop.

Frequent shots of the audience show them singing along to every word of “Living Thing,” which showcases Lynne’s still strong vocals. At first, Lynne announces he feels nervous — after all, it was the first time the band played on a festival stage in 30 years — but he displays nothing but confidence as he hits the high notes in “Evil Woman” or sings over the Beatlesque strings of “Can’t Get It Out of My Head.”

Jeff Lynne even treats fans to early hits such as ELO’s first single (and one of his earliest compositions) “10538 Overture,” which illustrates how his orchestral leanings increased as the 1970s progressed. Indeed, the live strings add majesty to “Steppin’ Out,” Lynne’s epic tale of independence and restarting one’s life. The concert consists of fun moments as well, with Lynne, Tandy and the band turning in energetic versions of “Turn to Stone” and “Don’t Bring Me Down” that keeps the crowd on its feet.

The new group perfectly replicates the complex original recordings live, with “Telephone Line” retaining its intricate harmonies. Jeff Lynne even nods to Traveling Wilbury fans with “Handle with Care,” with images of George Harrison and Roy Orbison flickering on the big screen behind the band.