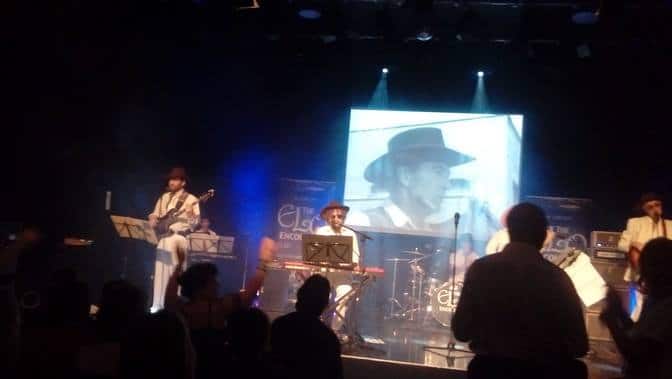 The Braintree Arts Centre was the setting for last nights packed out gig with The ELO Encounter.

We were treated to a spectacular light and video show.
The crowd were ecstatic from the off. There was very little time for dialogue between songs but it brought the house down when
occasionally interspersed from Martin Donald.
Jasmine provided the outstanding vocals to Xanadu, Nightrider was a spectacular rendition along with Here Is The News not usually covered by tribute bands. Great Balls Of Fire which was recorded live for The Night The Light Went On In Long Beach compilation album in 1974 and also appeared on Flashback released in 2000 was performed exceptionally well and was a surprise. Wild West Hero was outstanding as it was the first time played at a gig.

This was no ‘wheel tappers and shunters club’
they played the usual chart hits, some ol’ boilers, some
bouncy ones to bounce around to and lots more yer’ might
know and probably forgot.

This set list is phenomenal for a tribute band

This is a must see show for ELO fans everywhere.
For a chance encounter The ELO Encounter is superb and
you will be assured a very warm welcome.

Until the next time, thank you very much guy’s and gal
for a wonderful trip down memory lane.

Friends of The ELO Encounter:
http://www.facebook.com/groups/friendsofELOE/