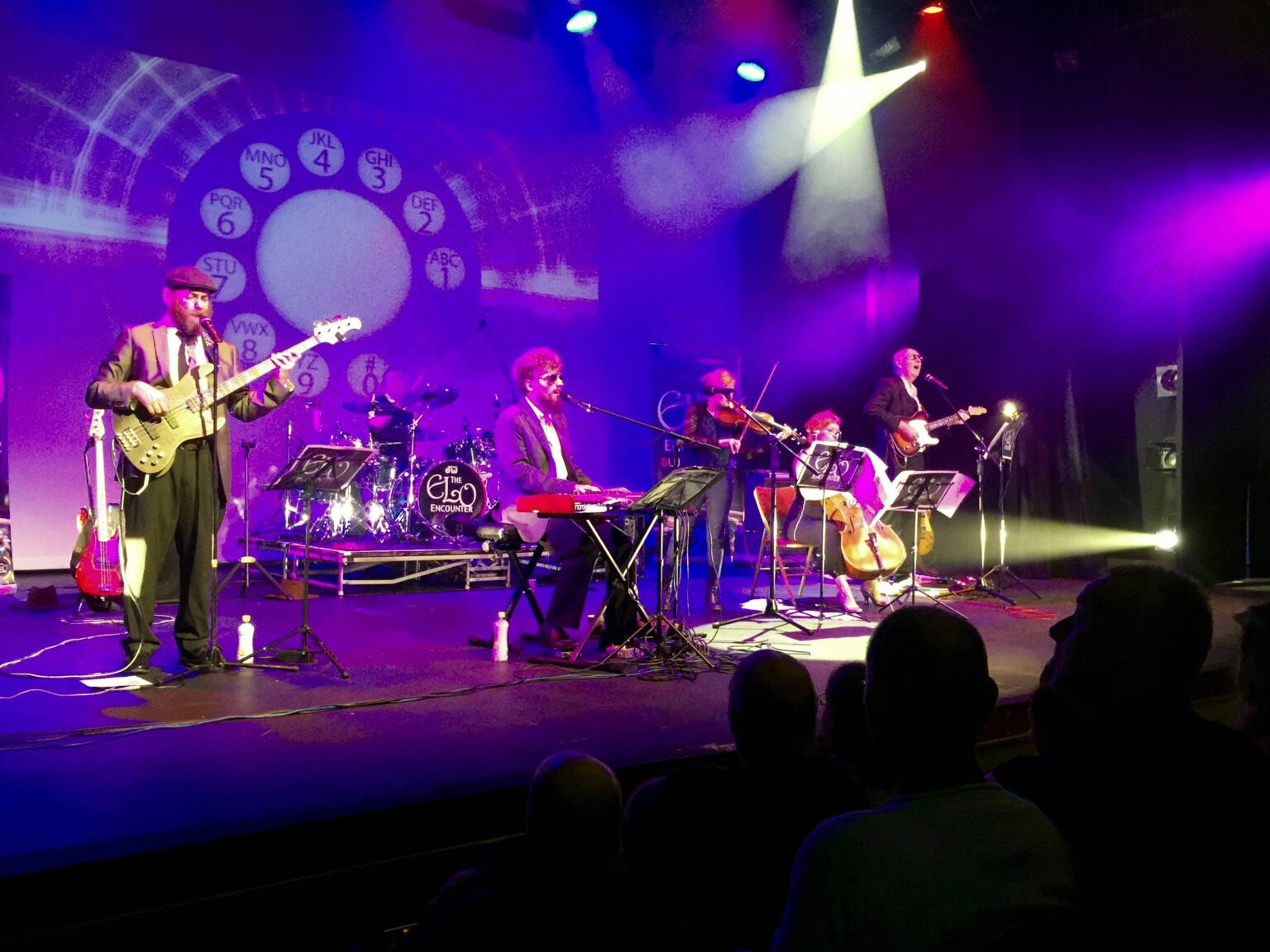 The Broadway Theatre, in Barking on Fri 29 Sep 2017 was the
setting for another captivating gig by the ELO Encounter.

The audience were kept on their toes with the impressive stage
lights and back projection display with the vast change of songs
never knowing what was coming next. The ELO Encounter’s ability
to faithfully reproduce the various songs with accuracy accompanied
by the thunderous drums of Simon Dove and the bass of Simon Rownes
sets the basic powerhouse to the show. The vocals and keyboards of
Jack Rownes who has a striking resemblence to a young Jeff Lynne
carries it off remarkedly well. Martin Donald on rhythm guitar is
a character in his own right making banter involving the audience.
Accompanied by the string section of Jasmine Ali on violin who also
sang the vocals to Xanadu and Ezme Gaze O’Brien on cello the whole
band had the audience up dancing and singing along.

Incidentally, Jeff’s dad Phil once told him “The trouble is your
tunes have NO tune” Jeff replied “I’ll bloody show him” and
wrote/produced a huge number of songs for ELO over the last forty
six years culminating in world wide sales of over 50 million albums.

The songs played by the ELO Encounter covered the very first ELO
album released in 1971 to and including the 1983 Secret Messages
album. Each album revealed the differing changes in music during
that period.

This is a must see show for all ELO fans everywhere.
For a chance encounter, The ELO Encounter is superb and
you will be assured a very warm welcome.

Until the next time, thank you very much guy’s and gal’s
for another wonderful trip down memory lane.

To find out more visit:
The ELO Encounter:
Website: www.elo-encounter.co.uk

Friends of The ELO Encounter:
https://www.facebook.com/groups/friendsofELOE/