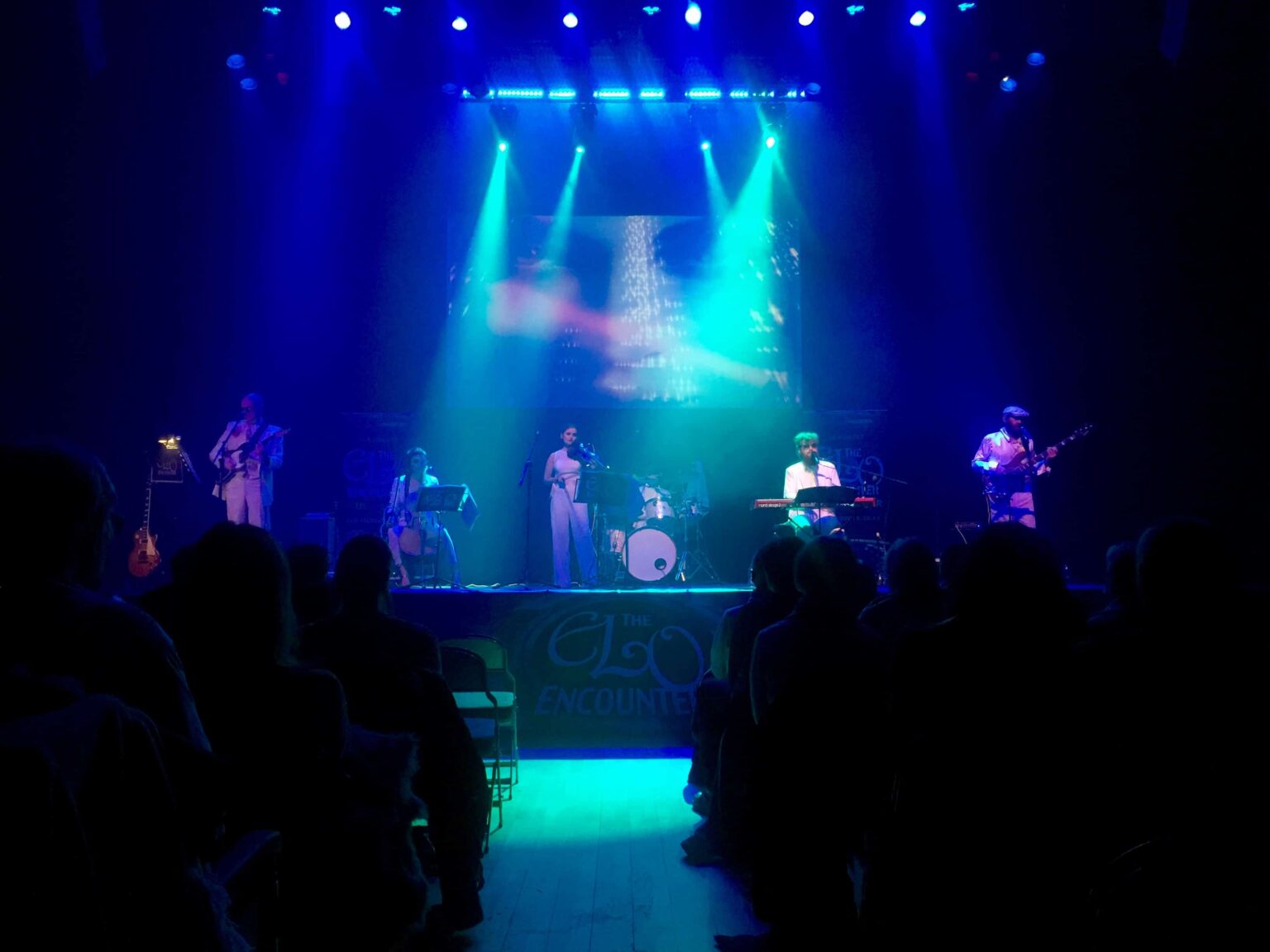 To the Corn Exchange Bedford last night for the ELO Encounter tribute band.

Jeff Lynne and co’s often complex arrangements are not the most simple to replicate but this excellent tribute band had it well nailed. Lead singer and keyboard player Jack Rownes confidently took on the Lynne vocal part – while Jasmine Ali and Ezme on violin and cello added to the authenticity of the ELO sound.

Early highlights included Evil Woman, Showdown, Ma Ma Belle ( Martin Donald on guitar firing out the Stones like riffs) Strange Magic and Don’t Bring Me Down – the latter featuring the strident drumming of Dacre Peck. It was also good to hear some lesser high profile ELO compositions such as 10538 Overture and Night Rider.

In the second half, bassist Simon Rownes provided the soprano vocal to Rockaria – this was during a sequence of up-tempo crowd pleasing numbers that included Hold on Tight, Rock’ n’ Roll Is King and Roll Over Beethoven.

On the home straight the big hitters Turn To Stone, Sweet Talkin’ Woman, The Diary Of Horace Wimp and Wild West Hero hit the mark. Violinist Jasmine also took on the Olivia Newton John vocal for an infectious delivery of Xanadu.

A rousing finale of Last Train To London, All Over The World and Shine a Little Love had the crowd up and dancing – and an encore of Mr Blue Sky sent us all out into the cold night air with a warm glow.

All in all this was a hugely enjoyable encounter with some of the finest pop music of a golden era. A highly recommended ELO experience –catch them when you can…