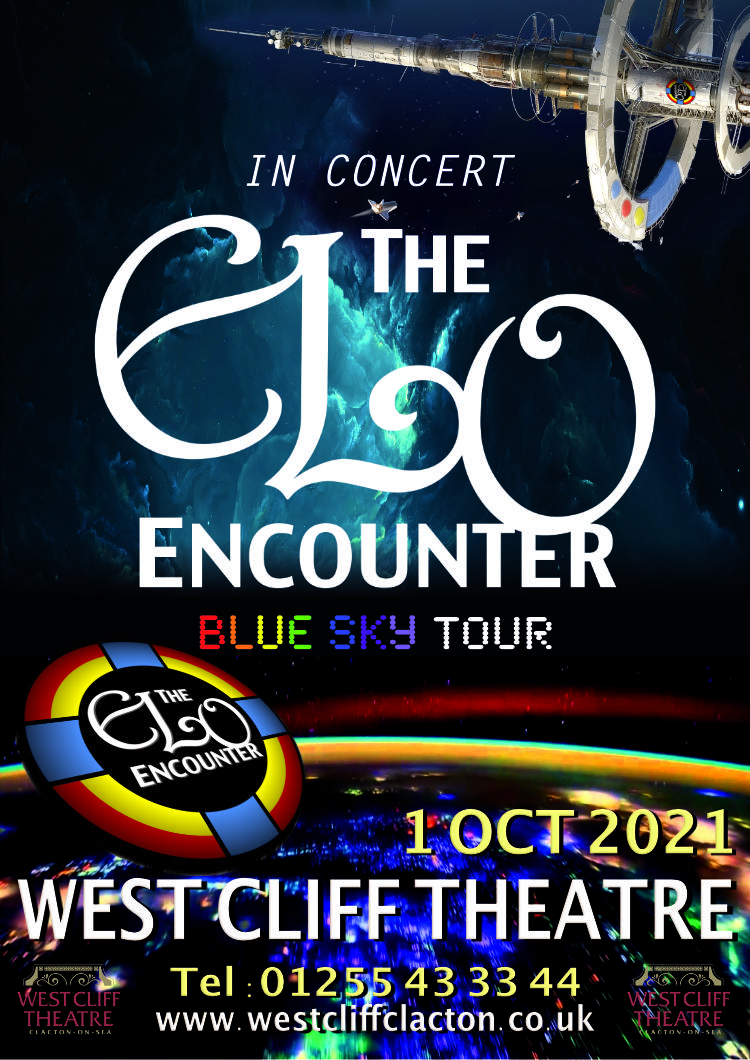 Looking forward to bringing the live ELO Encounter tribute show to the fantastic West Cliff Theatre in the seaside town of Clacton.

It’s our first time at West Cliff, it’s goingto be a good one, can’t wait.