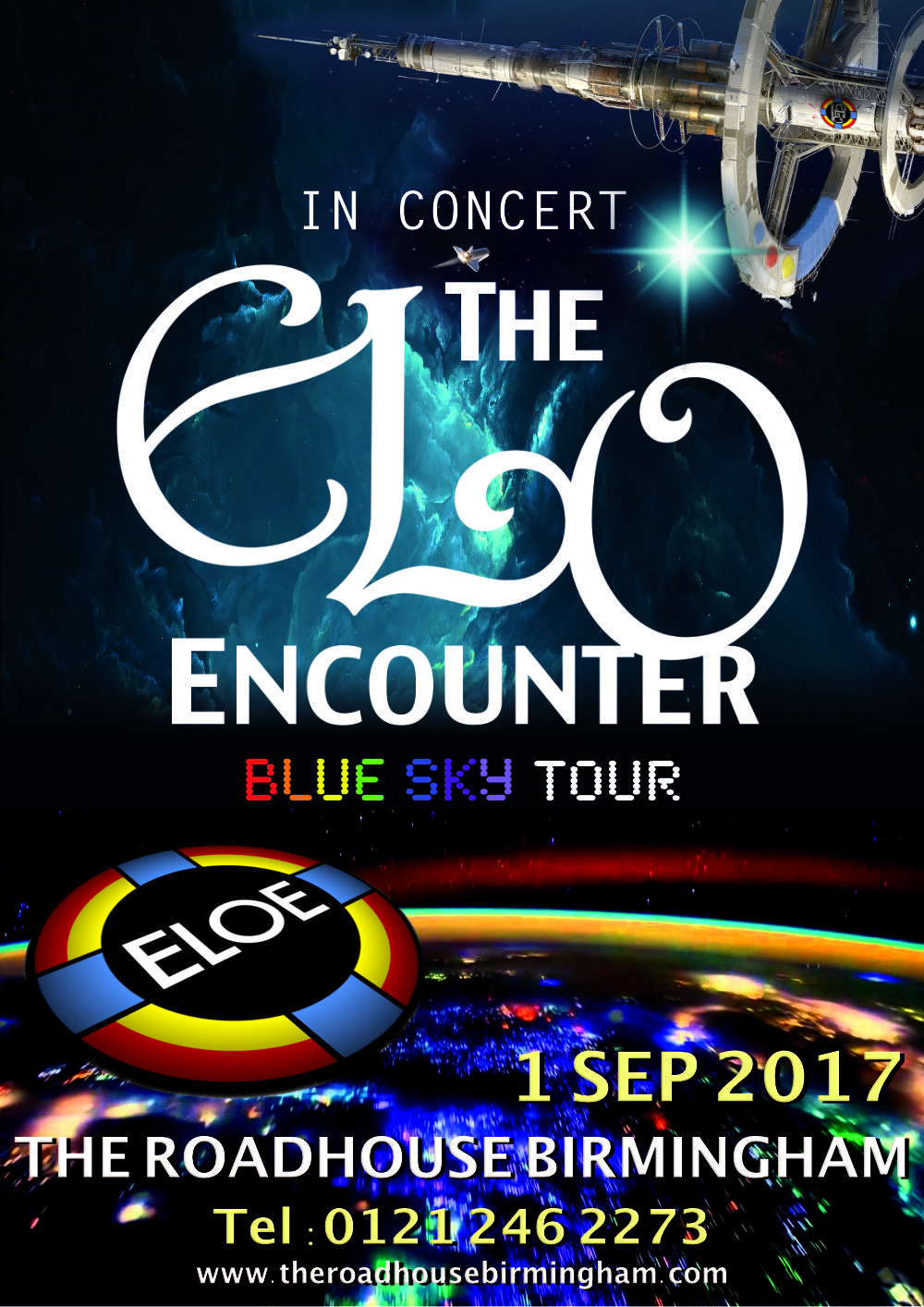 Bringing the ELO Encounter Tribute Show back again to where the it all started, the Midlands, birthplace of The Electric Light Orchestra.

Come along and see us at the RoadHouse in Birmingham, going to be a fun one 🙂

So, roll over Beethoven, because the greatest tribute to Jeff Lynne’s Electric Light Orchestra is here! In an all live show featuring soaring strings, striking vocal harmonies and playing all the much loved songs from ELO’s hit-filled library including Evil Woman, Telephone Line and Don’t Bring Me Down. The ELO Encounter promises a night filled with rock, roll and Blue Skies that would make even Mozart mambo and Bach boogie! So Hold On Tight because Rock and Roll Is King in a show that is guaranteed to have you partying All Over The World.