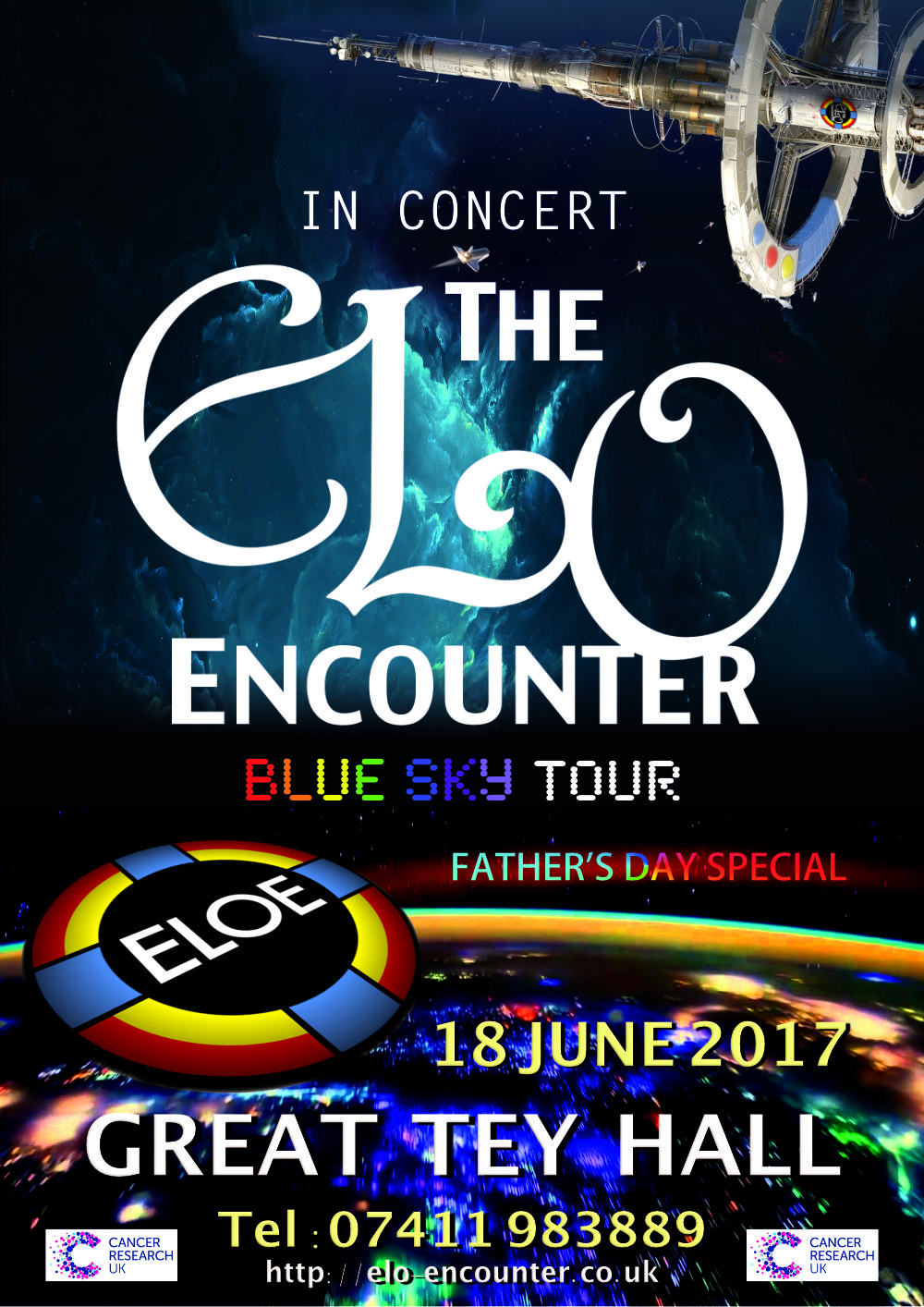 All proceeds will be going to Cancer Research, so a nice treat for the ELO fan and all in a good cause.
Roll over Beethoven, because the greatest tribute to Jeff Lynne’s Electric Light Orchestra is here! In an all live show featuring soaring strings, striking vocal harmonies and playing all the much loved songs from ELO’s hit-filled library including Evil Woman, Telephone Line and Don’t Bring Me Down. The ELO Encounter promises a night filled with rock, roll and Blue Skies that would make even Mozart mambo and Bach boogie! So Hold On Tight because Rock and Roll Is King in a show that is guaranteed to have you partying All Over The World.