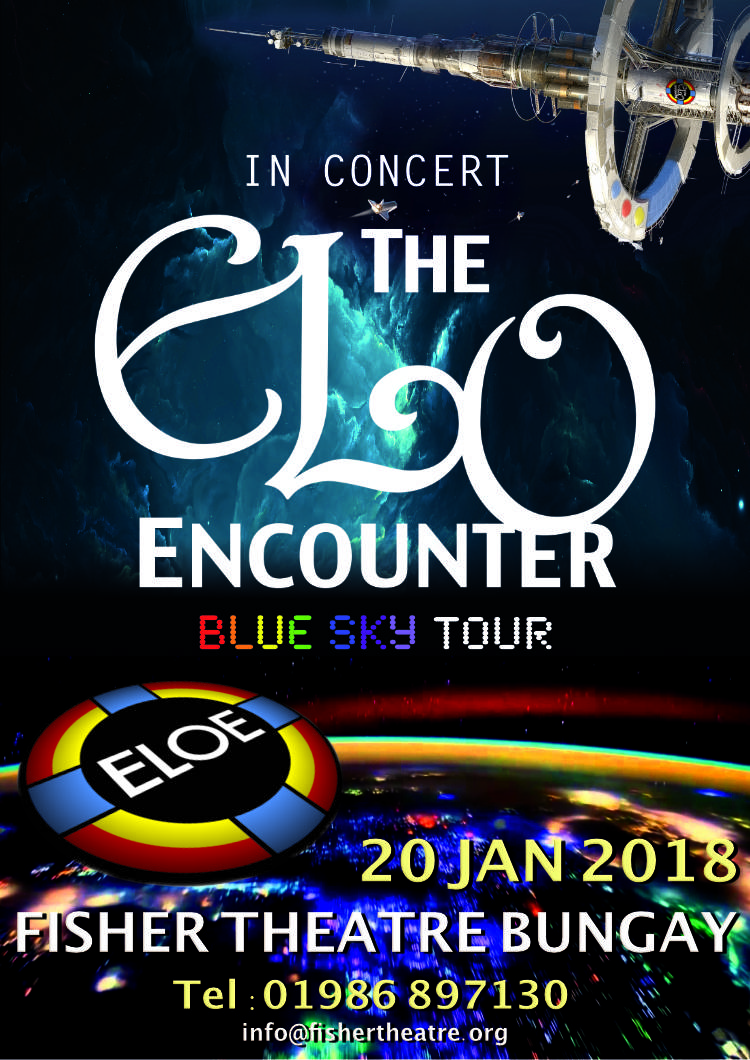 Very pleased to let you know that the ELO Encounter tribute show is returning to the Fisher Theatre in the picturesque market town of Bungay in 2018.

40 years on from ELO’s epic Out Of The Blue World tour, The ELO Encounter our bringing your their new show for 2018, directly inspired by one of the most spectacular and critically acclaimed tours ever!